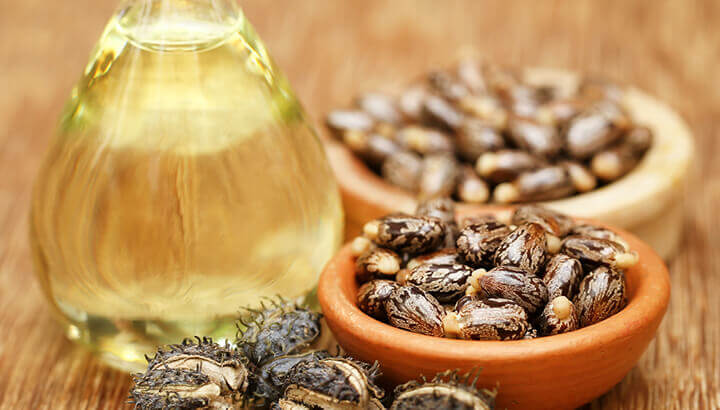 Castor oil has been used for over a hundred years for many things, but one of the most popular uses is castor oil for hair growth. Because of its natural benefits castor oil is great for moisturizing and increasing hair growth.

Castor oil is a very effective ingredient for hair growth because of its nutritional content. Castor oil contains Omega 6 and 9 essential fatty acids, vitamin E, and other vitamins and minerals that help your hair regain and maintain its health.

In this article well explain how to use castor oil for hair growth and go over it’s many other benefits and uses.

Castor oil is a highly effective ingredient for hair growth because scientifically, castor oil contains proteins that help maintain hair health. Its antifungal and antibacterial elements are a very effective treatment for some infections in the scalp, infections like folliculitis which many people are now experiencing.

The high ricinoleic acid content found in castor oil also enhances blood circulation in the scalp which helps ensure the nourishment of hair follicles. Castor oil also supports the keratin in hair which makes it stronger, smoother, and beautiful because of the antioxidants in castor oil.

Castor oil is a very well-known to increase hair growth, jump start the regrowth of hair, and stop hair loss. This has been proven and tested already. By using castor oil on a regular basis, it will grow your hair about three to five times faster than the regular or average hair growth which is a ½ inch a month. Castor oil benefits for hair growth will be noticeable because it will also thicken the hair in a few months time. Castor oil also has the same effect on eyebrows and eyelashes.

Benefits of Castor Oil for Hair

Proper hair growth is not just about making the hair longer or thicker. It’s very important to consider not just the length but the health and nourishment of the hair and scalp as well. It’s recommended by many to use castor oil for hair growth because of its very effective results.

There are several benefits you can get from using castor oil on your hair, skin, and even consuming it. 9 Benefits of castor oil for hair are listed below:

Castor oil has ricinoleic acid that helps regulate the blood circulation in the scalp. It will make the follicle and scalp healthy. It will also protect your hair from microbes since castor oil will strengthen the roots and nourish the hair in and out.

Ricinoleic acid constitutes the 90% of the nutritional content of castor oil. Together with omega 6 and 9 fatty acids, vitamin E, and other vitamins and minerals, it enters the hair shafts and roots, providing the best nourishment of the hair. It will also make the hair healthy and maximize its growing performance. No one will question the effectivity of castor oil for hair growth once tested.

Castor oil’s antiviral, antifungal and antibacterial elements are a highly effective treatment for some infections in scalp and infections like folliculitis. It is also a good treatment to fight dandruff. The ricinoleic acid content of castor oil will make the scalp healthier and prevent dandruff by balancing the scalp’s pH. Using castor oil for hair will surely solve people’s dandruff problem.

Applying castor oil will help repair the hair damage by filling in the damaged spots in keratin and rebuilding the structure of hair. It boosts hair’s tensile strength, preventing the hair from breakage or splitting. Using castor oil for hair means goodbye split ends.

When castor oil enters the hair’s outer layer and repairs the damaged part of keratin, it will make the hair smooth by bringing back its cuticles. It also moisturizes the shafts which make it looks good. Castor oil hair growth will surely make the hair a beautiful-looking one.

The castor oil’s fatty acids will form a protective or shielding layer in your hair, protecting it from damage caused by sun rays and losing of color. It restores hair’s natural oils and guards your scalp against damage caused by hair products chemicals. In today’s environment, having a castor oil hair is a smart idea.

As previously mentioned, the fatty acids found in castor oil will form a protective or shielding layer in your hair shaft. It will give and radiate more light and helps your hair to become shinier and smoother. Castor oil for hair regrowth would be a perfect way to make your hair more attractive.

Aside from the above-mentioned hair benefits, castor oil is also good for treating some skin and health problems.

The three different types of castor oil used to treat hair are Jamaican black castor oil, hydrogenated castor oil, and organic castor oil. Originally, castor seed came from Africa, but because of the slave training years ago, castor seeds made its way to another country like Jamaica.

It is initially cooked and pressed for oil, and the roasted castor seed’s ashes are added to the oil which makes its black. Seeing people who have a healthy scalp and straight hair is like seeing the result that you can get from JBCO which is very effective in cleansing.

Its color is pale yellow which was naturally extracted from castor seed without heating it since using the cold pressing process ensures that the nutrients content of the seed won’t be eliminated. It also utilizes a mechanical and chemical-free method known as expeller pressing. If your hair is curl and dry and you have itchy scalp, it is highly recommended to use the raw, hexane-free organic castor oil since it is less alkaline than the JBCO.

With the aid of a nickel catalyst, castor wax is created by the hydrogenation of pure castor oil.   It differs from other types of castor oil because it is odorless, brittle and insoluble in water. Castor wax is mostly used in cosmetics, polishes, and varnishes.

How to Use Castor Oil to Fight Hair Loss

You will need ½ cup of castor oil in this procedure.

Just like putting or applying regular oil in your hair, just simply put some castor oil in your palm and place it into your hair starting from the very root unto the tips and massage it very well.

Castor oil is a very well-known ingredient to fight hair loss and improves hair growth even though its smell is not an appealing one. But, you can mix it with some other oils to make a new hair oil solution that you like.

With this example, four oils will be combined — sweet almond, virgin coconut, sesame, and castor. You will need the following:

This combination of four oils is very effective to improve hair growth. If you still have much amount of combined oils left, you can simply store it for future use. Just make sure to add a capsule of vitamin E to delay its expiration.

How Often Should You Use Castor Oil on Your Hair?

It really depends on every individual if how much or fast result they wanted to have. It also varies to the hair type of the person because castor oil works on every hair type differently.

If you want to treat hair loss, it is recommended to use the oil for at least 2 times a week. But, for those who wanted to have a better result, make it double or do it 4 times a week.

For those who wanted to use castor oil to shine their hair, you can use it on a weekly basis.

If you want to treat split ends, use castor oil for at least 2 to 3 times a week. For full performance of the castor oil, leave it overnight.

How to Easily Remove Castor Oil from Hair?

These are the steps to easily remove the castor oil from any hair after applying it.

These 5 brands of castor oil are being sold in the market, and you can easily see it even in local shops and online stores.

This brand of castor oil is perfect to heal dry and damaged hair scalp. You can also buy this one in some online store like Amazon. The price of this product is 225 Rupees for 200 ml.

It was extracted by pressing; it is highly moisturized because it does not undergo any heat process but a cold pressing process. This is available in some local shops and online sites like Amazon, Flipkart, and Soulflower’s own website. It costs 250 Rupees for 200 ml.

You can easily buy this product, and you can ensure that you are using 100% of castor oil.

This brand is available on Amazon and Flipkart. It is pure and highly effective because it also undergoes a cold process. It costs 80 rupees for 30 ml.

This is a cheaper type of castor oil which is already available in several online stores. The price of this product is 210 Rupees for 400 ml.

Where To Buy Castor Oil?

Amazon – Compared to other online stores, they offered a very affordable price for their best products.

eBay – This is the best online store for beauty products.

Natural Food Stores and Pharmacies – They also keep castor oil in their store. It is usually placed together with some natural products on the shelves. Just make sure to buy your castor oil in a Reputable Store.

By using castor oil for hair growth, it’s now easy to have smooth, thick, strong, and healthy hair. Castor oil is a great solution for those who have hair or skin problems. Thanks to castor oil, many people will get back their healthy, young looking hair, and regain their confidence once again.

For more great information on castor oil, check out this great article from Hair Loss Revolution!

How To Guide: Hot Oil Treatment on Natural or Transitioning Hair 2021

How Beneficial are Essential Oils for Hair

Best Moisturizer for Black Hair: A Guide to...

Sure, castor oil is safe to use on dyed hair

Very good info. Lucky me I ran across your site by accident (stumbleupon).
I’ve saved as a favorite for later!